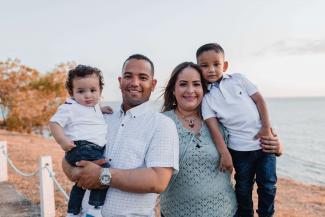 5 Things to Teach Your Kids About Finances

If you’ve spent more than five minutes on a kid’s television network, you’ve seen just how inundated young kids are with commercials for everything from the latest gadget, to some dreadful snack that features something gooey and/or messy. It’s also safe to bet that many of these kids run to their parents, wanting to buy some or all of these items.

The U.S is considered the most generous country in the world, with two-thirds of Americans giving to charities annually. And this number continues to grow, with giving levels increasing every year since 2009.

In 2016, an estimated $390 billion was given to charity in the U.S. – an increase of 1.4 percent over 2015 totals, with individual giving accounting for 72 percent of all giving. Religious organizations led the list of recipients, receiving over 32 percent of individual donations, followed by Education, with 15 percent of donations, then Human Services, with 12 percent.